D&P and SA Woman Player: LAURA WOLVAARDT HAS THE WORLD AT HER FEET

LAURA WOLVAARDT HAS THE WORLD AT HER FEET

The brightest star to emerge from this World Cup was 18-year-old Laura Wolvaardt.

In May, the Capetonian made history by becoming the youngest South African – male or female – to score a century in any format when she blasted 149 against Ireland in a World Cup warm-up. …

Her form at the tournament was equally impressive.

In seven high-pressure innings at the top of the order, Wolvaardt scored 324 runs at an average of 64.8.

In all of those knocks, she failed just once when she scored 1 against India, while she emerged with four half centuries as well as a score of 48*.

In the semi-final against England, she made 66 in an innings that oozed maturity after the Proteas had lost the early wicket of Lee.

Technically, Wolvaardt is as sound as they come. She times the ball beautifully and is particularly strong on the off side.

She is never flustered, even when it seems that she is being bogged down, and she is the glue that holds the South African innings together.

Everything the Proteas achieved with the bat at this tournament came from the stability that Wolvaardt provided at the top of the order.

Still in high school – she is the head girl at Parklands College – Wolvaardt now has a massive decision to make: does she pursue a career in cricket or a life-long ambition to become a doctor?

“That’s the million dollar question. I haven’t decided yet. I don’t know,” she told Sport24 from Bristol on Thursday.

“I need to first see if I get in for medicine. I’ve applied everywhere and we should be hearing back soon.

“Maybe I could take a few gap years or study something easier and play cricket. There are still a lot of options … my parents are very supportive.”

Her parents are also pleased that cricket, for the time being, is over.

The Proteas women have the next few months off with a possible series against India at the end of the year their next likely activity.

For Wolvaardt, that means an opportunity to focus on her academics.

“It works out well for me. I have to write my matric prelims and finals now. My mom is happy that there is a quiet time in the cricket,” she said.

“The school has been very helpful and supportive … moving my tests around. It’s been working out okay.

“I haven’t been there much to do my head girl duties, but I am looking forward to getting back.”

Born and bred in Cape Town, Wolvaardt has being playing cricket since she was five-years-old. It started at school, when she would join in with the boys.

By Grade 8, she had begun playing for a women’s club, but it was not until very recently that cricket emerged as something that could be more than a hobby.

“It’s always just been what I’ve done for fun, to take a break from school,” she said.

“I really just enjoy it. Now recently, since I started playing for the Proteas, it’s become a career option. I’ve had to rethink a few things … it’s a good problem to have.”

In 25 ODIs, Wolvaardt now averages 48.05, thanks largely to her form at the World Cup.

She finds herself performing at a time in which interest in the women’s game has reached new heights in South Africa.

“The TV coverage definitely has helped a lot, so that people can actually see what’s going on,” Wolvaardt said.

“The support is growing and more and more people are taking an interest.”

The squad was set to return to South Africa from London on Tuesday.

And while the ultimate result was the unavoidable disappointment that comes with defeat, this group of players has taken a massive step in the quest for women’s cricket to be recognised.

“No one really said too much,” Wolvaardt remembered of the moments following the semi-final loss.

“It was a quiet change-room afterwards.

“We hope that everyone back home is proud of us. We really tried our best. We’ll be back next time a lot stronger.”

Shopping cart
close
Sidebar
Start typing to see posts you are looking for. 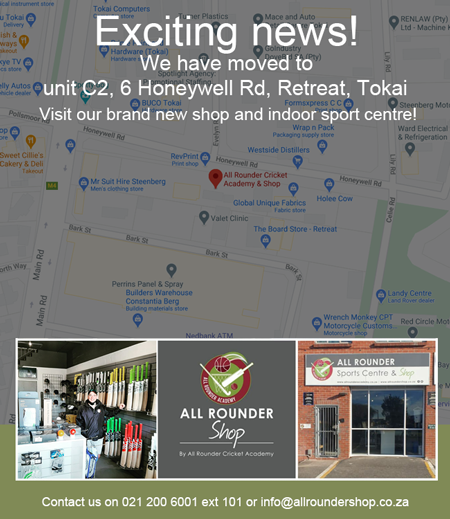